There are plenty of questions that swim through any Dog Owner’s mind when they welcome a new puppy to the family. “Where should they sleep?” “What should I feed my dog?” But the first (and perhaps most important) question you’ll have is: “what should I name my dog?” Sure, you could always go with a popular dog name like “Charlie” or “Bella”, but if popular isn’t necessarily your thing, read on.

Chances are that every member of your household will put their own two cents in. Before you make the final decision, though, there are a few things to consider. After all, this is going to be your pup’s name for life, so you’ll want to make sure you get it right. To help you do just that, here are some crucial tips to keep in mind when naming your dog. 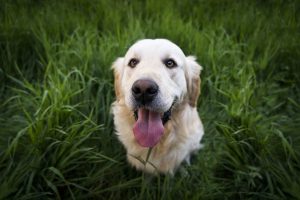 What should I name my dog? 4 things you should do

Do name your dog something ending in a vowel

There’s a reason why “Charlie” and “Bella” are so popular! Names that end in a long “e”, sharp “a” sound, or other vowels are great for dogs as they’re more distinctive to their ears. That’s because our pupper pals are more attuned to higher-pitched sounds, which vowels usually are. The name “Jack”, for instance, won’t be as attention-grabbing to your pooch as “Jackie” might be. Canine experts also claim that dogs are more receptive to certain consonants, particularly “s”, “sh”, “k”, and hard “c” sounds, so try to include one if you can.

Do name your dog something unique

Names like “Oscar” and “Ruby” are always going to be winners, but don’t be afraid to think outside the box. Some of the best dog names are ones that don’t immediately come to mind. Ask any experienced Pet Sitter and they’re sure to tell you some gems. From food-inspired monikers like “Taco” and “Tofu” to pop culture icons like “Frodo” or “Yoshi”, it never hurts to look to your favourite things for ideas.

Do try out a few names

If you’ve just welcomed a new pup to the family, it’s likely that everyone in (and even outside of) your household will have a name suggestion. Instead of letting the humans pick, why not put the power in your pooch’s paws? Make a shortlist of your favourite names and try them out. After a few days, you may find that your preferred name doesn’t quite suit their cheeky personality. Or, you may find they don’t respond to one name quite as much as another. This method may not work for more mature dogs, but since puppies can take a couple of weeks to learn their name, you have the luxury of time.

Do take inspiration from their breed history

We humans enjoy passing on family names to our children and drawing inspiration from our heritage. Why shouldn’t we do the same with our pups? Every dog breed has its own rich history, with almost every country in the world known for at least one particular doggo. Germany has Weimaraners, Canada has Newfoundlands, Japan has the Shiba Inu… the list goes on! Do some research on your four-legged friend’s background and see if you can find something interesting. For example, you might call your German Shepherd “Kaiser” or your English Bulldog “Winston”.

What should I name my dog? 4 things you shouldn’t do

Don’t name your dog something that sounds like a command

The reason for this one is simple – you don’t want your dog to confuse their name with a word they’ll hear often. Think “sit”, “stay”, “drop”, “come”, and even “no”. Take former US President Barack Obama, who called his Portuguese Water Dog “Bo”. As cute as it sounds, we can imagine plenty of chaos in the White House if Bo couldn’t tell the difference between his name and “no”!

Say you’ve named your pooch “Jay”. Even if they manage to tell the difference between you saying “Jay” and “stay” after getting used to your voice, consider how they’ll respond to others. You may wind up regretting that choice of name if your regular Dog Walker finds themselves making regular unscheduled stops whenever they say your pup’s name.

Don’t name your dog something too long

When asking yourself, “What should I name my dog?”, it may be tempting to give them a big, fancy name like “Sir Fluffington VII, Slayer of Stuffed Animals”. However, dogs are much more likely to respond to short, sharp sounds, so it makes sense to keep their name to one or two syllables. If there is a longer name you’re positively set on, try to come up with a shorter version of it. That way, you get the best of both worlds. As cute as Chewbacca the Chow Chow may sound, both you and your pup would benefit from shortening it “Chewie”.

Don’t name your dog something similar to another family member

In a similar vein to avoiding names that sound like commands, try to avoid ones that are similar to the names of other family members. Oh, and when we say “family members”, we mean both humans and canines! Calling your dog “Spot” when your partner’s name is “Scott” is going to cause a lot of confusion. To bypass this issue altogether, put a list together of the family members and friends who are likely to spend the most time with your dog, and put each potential name to the test.

Once your dog is used to the name you’ve chosen, don’t change it. Dogs have very limited vocabularies, so once you’ve settled on a name after trying a few, stick to it to avoid confusion. There are, however, a couple of exceptions to this rule. First, if the new name sounds almost identical to the old one (like “Charlie” and “Marley”), you may be able to get away with it. Likewise, if you’re adopting a dog and don’t love their original name, you can slowly transition them to something new.

How will I know I’ve chosen the right name for my dog?

In short, there’s no single answer to the question of, “What should I name my dog?” After all, if there was, all our pups would have the same name! The best name for your dog is the one that you love and that your four-legged friend responds to. Whether that perfect name ends up being “Fido” or even “Pickles”, as long as it suits them, that’s all that matters.